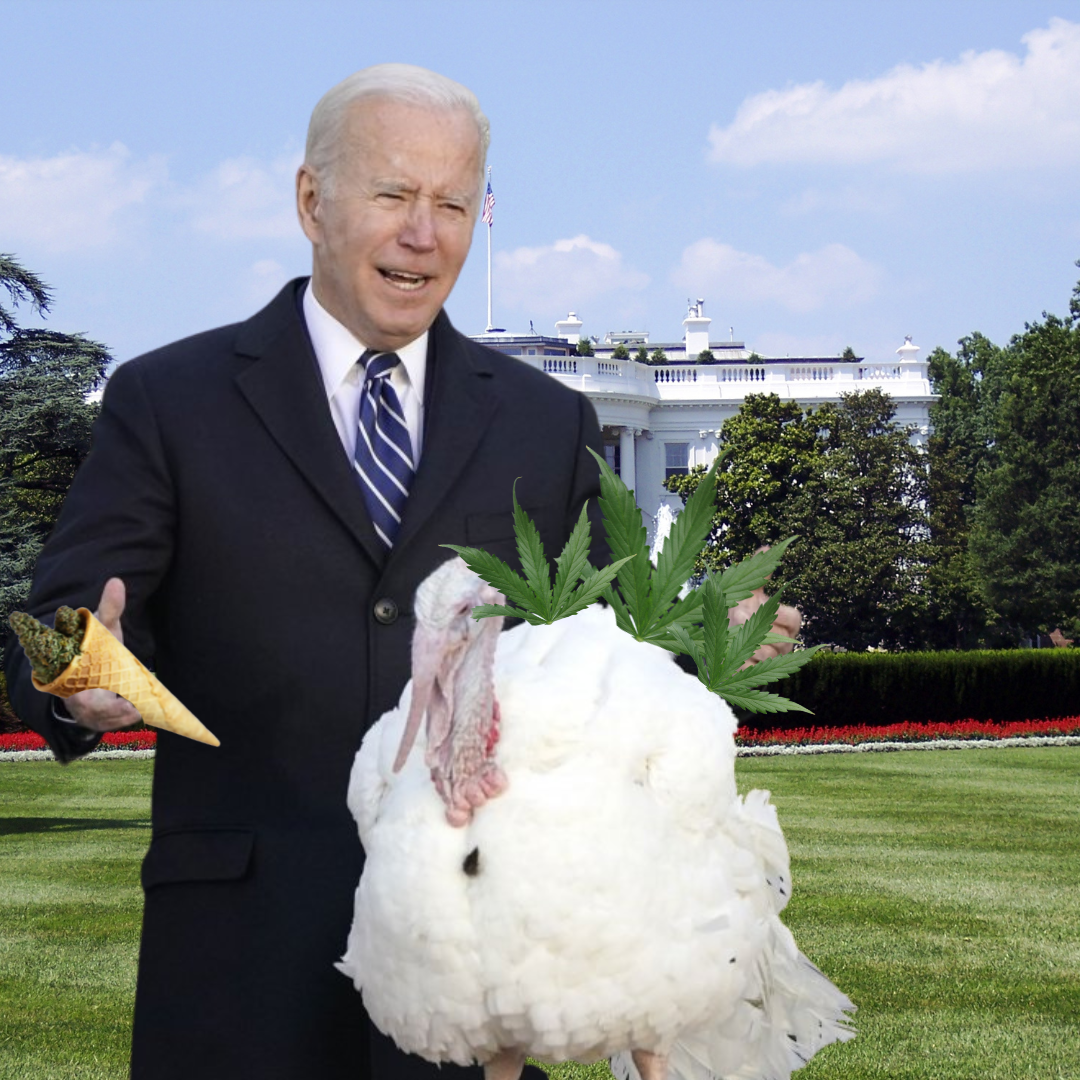 “There are people serving life sentences for cannabis, and we want the President to honor his commitment to release everyone in prison for cannabis now,” says Adam Eidinger, co-founder of DCMJ and proposer of Initiative 71, which legalized cannabis in the District of Columbia in 2014. “These prisoners should be freed and allowed to come home for the holidays.”

Very few Americans are federally charged with “simple possession of cannabis” and none were serving time when the executive order was announced. “Just like the annual turkey pardon is ceremonial, so was President Biden’s recent marijuana pardon announcement in October,” said Kris Furnish, co-founder of MDMJ.

“The turkeys that President Biden will pardon have names. So do the thousands of cannabis prisoners stuck in both federal and state jails.” says Nikolas Schiller, co-founder of DCMJ and founder of NYMJ. “We call on the President to go one step further and pardon Americans for all cannabis offenses such as distribution and cultivation. It’s these prisoners who need President Biden’s pardon the most,” concludes Schiller.

Cannabis reform advocates, including members from the Marijuana Justice Groups, Students for Sensible Drug Policy and the Last Prisoner Project, gathered outside the White House last month to call on President Biden to do more but the administration has done nothing further. Advocates believe that President Biden’s performative inaction is condemnable because the majority of Americans agree that cannabis should be federally legal, and people are serving unjustly long sentences for nonviolent cannabis “offenses”.

“Pardoning turkeys instead of humans is offensive,” says RachelRamone Donlan, co-founder of VAMJ, who helped pass legalized cannabis in the Commonwealth. “There are thousands of human beings locked inside of cages, some serving life sentences for what is now legal, and it’s time for them to come home.”

The power of pardoning has been used since George Washington, and was originally intended to right a wrong. It’s not a joke to those that desperately hope President Biden will keep his promises.

“Although the American ceremony of pardoning turkeys is typically seen as a warm, lighthearted and well-loved, seasonal tradition, please remember families are missing their loved ones at the dinner table on Thanksgiving Day because they are incarcerated, as our president mocks a power that could ultimately unite these families,” said Eidinger. “There is nothing that we want more than to see President Biden keep his promises so that families can reunite and be together on Thanksgiving Day and everyday.”

“In all seriousness, it’s important to continue traditions like this to remind us how from the darkness, there’s light and hope and progress and – that’s what this year’s Thanksgiving, in my view, represents. So many of us will be gathering with our loved ones for the first time in a long time. And we’ll be reconnecting with traditions, with our tables and our hearts full of grace and gratitude for everyone who made it possible.”

Unlike COVID, which we have very little power over, President Biden has full power to bring cannabis prisoners home.